In parsing through today’s landscape of American biotechnology, the concentrations of development are visibly bicoastal. From Seattle to San Francisco, over to Boston and New York, the industry has historically entrenched itself far beyond the reaches of the Midwest, the South, and the Gulf Coast. But these divisions are beginning to change: Louisiana is bringing bioinnovation closer to home.

The past decade has seen Louisiana biotech flourish in new and exciting ways. A number of local companies have excelled, adding their brilliance to the growing in situ bioscience industry. Two shining examples are Obatala Sciences and Chosen Diagnostics, both of which recently received investments from the New Orleans BioFund and have garnered additional funding from other prominent investors, both public and private.

Gaining national press and recognition for their achievements proved no small feat for Dr. Trivia Frazier (CEO of Obatala Sciences) and Dr. Sunyoung Kim (CEO of Chosen Diagnostics). The biotech research that these two incredibly distinguished women have spearheaded over the past few years is certain to inspire many others to follow their goals to revolutionize modern medicine. But the challenges they’ve faced along the way have been formidable as well.

What Frazier and Kim have already accomplished in Louisiana is remarkable in its own right. Prior to Hurricane Katrina, many researchers had been forced to license their ideas out of state, having encountered the foundational lack of local biotech infrastructure, thus generating valuable jobs and capital elsewhere. Relatedly, with Louisiana suffering from what has been publicly dubbed a “brain drain problem,” graduates continue to leave the state for jobs and residencies in coastal biotech hubs. The pressing problem becomes a tremendous exodus of talent, further compounding Louisiana’s biotech “desertification.” 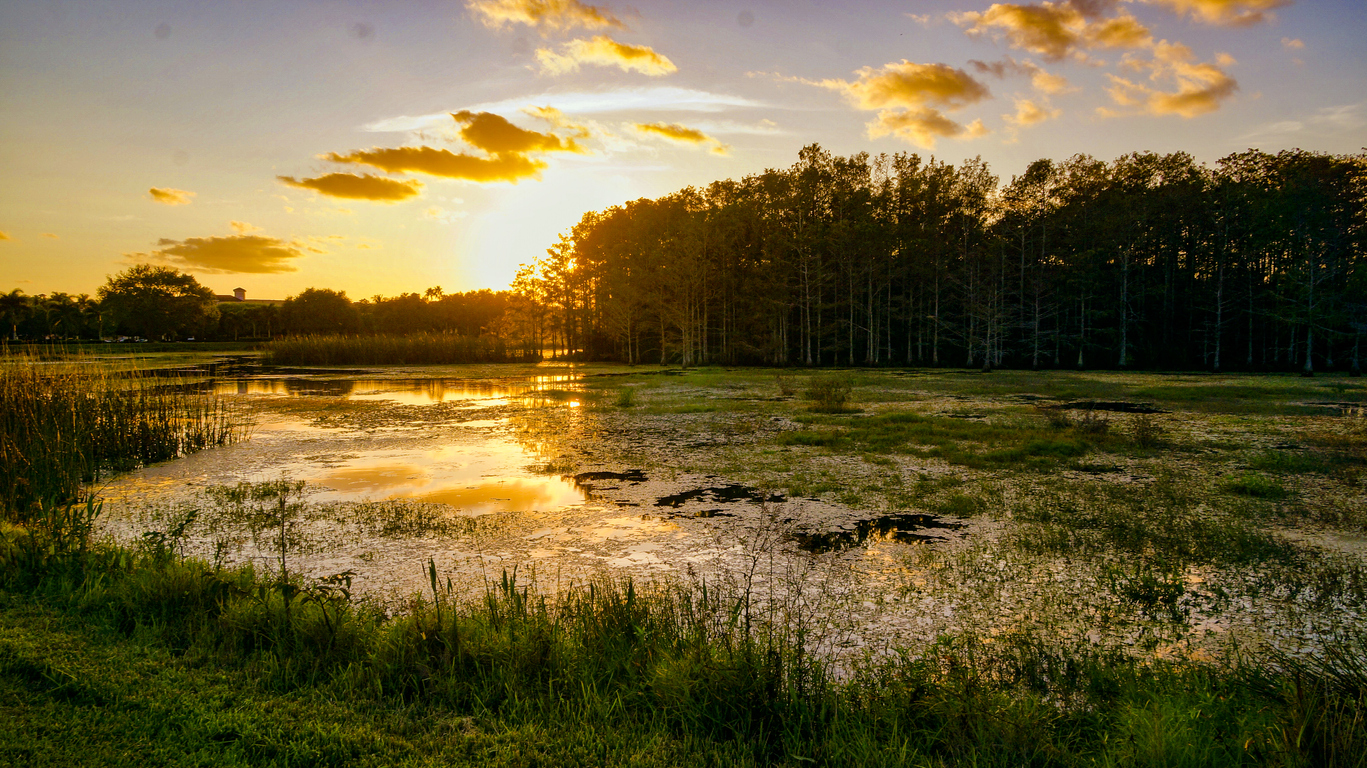 In the past year, this historically underdeveloped and underfunded regional industry suffered further from pandemic-related setbacks. And yet, these two entrepreneurs continue to emerge victorious, sowing innovative solutions into the local economy. Through their work, they have kept and continue to keep their eyes trained squarely on the horizon, authoring a blazing testimony of this region as one rife in opportunity and potential.

Dr. Trivia Frazier is a force to be reckoned with. A New Orleans native, Frazier harbors a deep well of respect for her hometown, and much of her education took place locally. Looking back to the inception of her biomedical journey, she refers to her high school physics class as her “first love.” Since then, she’s accumulated years working within the domain of mesenchymal stromal and stem cell research.

Unlike many of her fellow graduates, Frazier chose to remain in state after receiving a PhD in biomedical sciences from Tulane University—where she was the first African American woman to complete the joint degree program (with Dillard University) in physics and biomedical engineering—followed by an MBA in 2018. She’s also been widely published and recognized for her research in stromal and stem cells, adipose tissues, and, of course, fat-on-a-chip technology.

Frazier’s journey is unique in that she has always been incredibly committed to building a career in New Orleans specifically. She views her research as a means of serving the diverse communities she lives and works within.

In 2017, Frazier left her tenure-track position at Dillard in order to co-found Obatala Sciences, bound to its mission of commercializing groundbreaking fat-on-a-chip technology. By modeling fat outside of the human body, fat-on-a-chip aims to revolutionize the drug discovery pipeline for obesity-related and metabolic disorders, fast-tracking lifesaving clinical trials by expediting researchers’ ability to understand human response to new pharmaceuticals.

Dr. Sunyoung Kim has also trodded her own dynamic path. After earning her PhD from the University of Michigan and the University of Padova, she continued her postdoctoral studies at the University of Minnesota and went on to become a professor at LSUHSC. For over five years, she’s served as an editorial board member of the Journal of Biological Chemistry and has published over 28 lauded papers.

Though she has called many places home over the years, she too has settled in New Orleans and embedded herself within its emerging biotech community. After being approached by local neonatologists, Kim became aware of the dire need for a noninvasive diagnostic test able to detect neonatal necrotizing enterocolitis (NEC) both earlier and with greater accuracy. The disease, which ravages newborns’ intestinal tissues, develops aggressively and leads to death if left undetected. For decades, the going rate of true positive detections for NEC has remained at an abysmal 44%. 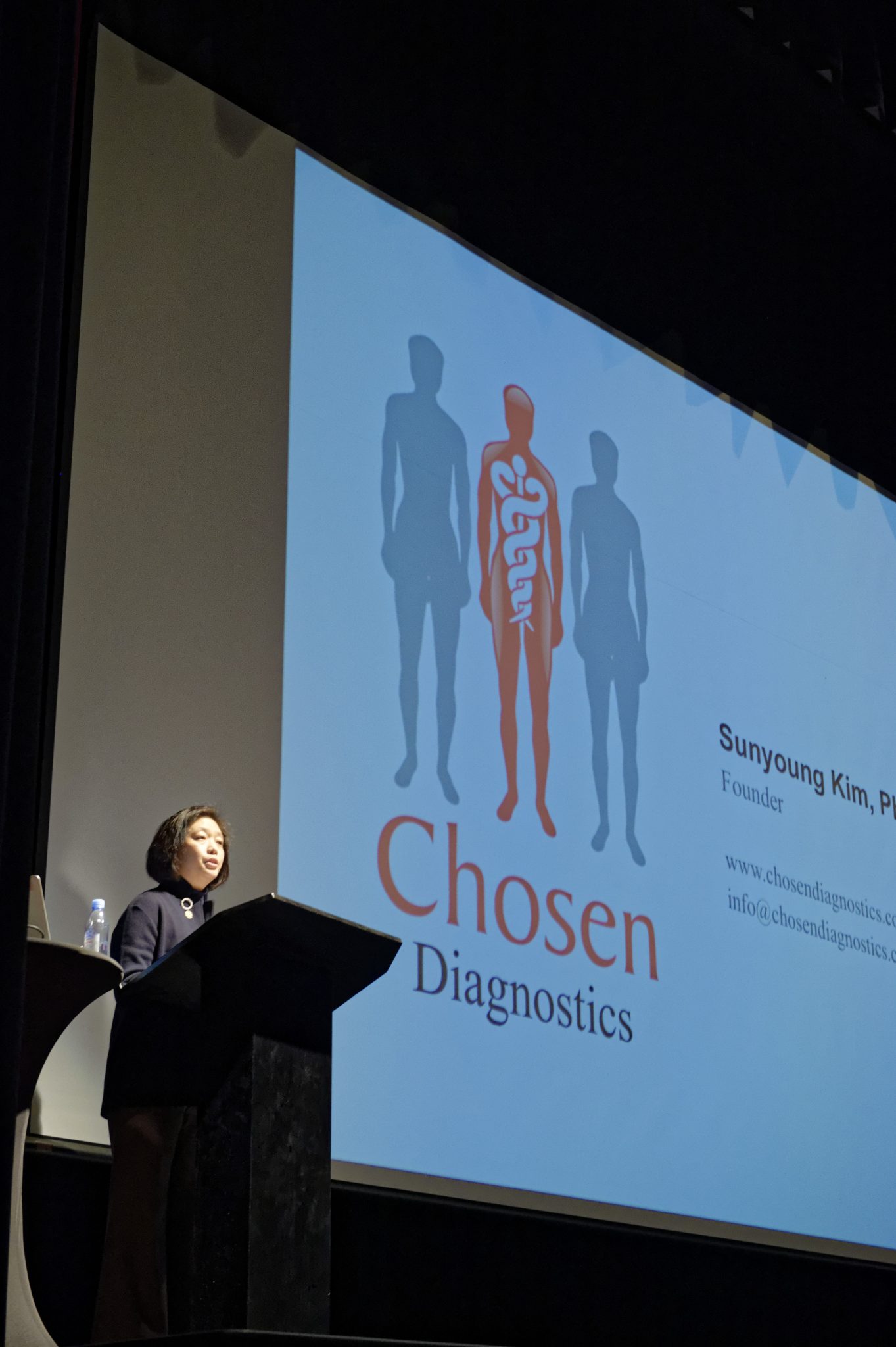 Armed with the desire to help mitigate this dire affliction, Kim formed a biomedical company known as Chosen Diagnostics. Since its conception in 2017, Chosen remains committed to improving the prognostic and diagnostic processes surrounding NEC in preterm infants. Beyond the bounds of New Orleans, the country quickly took notice of Kim’s potentially lifesaving technology: this past November, the FDA named Chosen’s NECDetect as a Breakthrough Device. With ongoing clinical studies and major approvals on the horizon, Dr. Kim’s work will continue to illuminate ever-brighter possibilities.

Read About Challenges and Solutions in Installment II

New and aspiring biotechnology entrepreneurs in Louisiana can learn a lot from the experiences and insights of both Dr. Frazier and Dr. Kim. Check out the second installment of this series, where we discuss the challenges these innovators have faced—including funding and commercialization, regional health disparities, and the pandemic—as well as their strategies and outlooks for success. Follow us on Facebook, LinkedIn, and Twitter for our latest updates.

Muieen Cader is joining the New Orleans BioInnovation Center as a Program Manager. Muieen has a strong background in venture capital, having served as a Senior Associate with Garden District…

NOBIC-Backed Startup Venture Acquired by International Company The acquisition of Fluence Analytics is a major milestone for the biotech industry in New Orleans   NEW ORLEANS (Feb. 2, 2023) —…

In a significant win for Louisiana’s innovation ecosystem, the state legislature passed a trio of measures in 2022 aimed at supporting innovative small businesses with vital funds.  Collectively, the new…