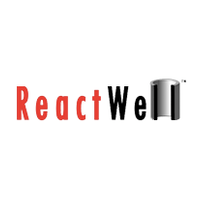 A Louisiana Technology Transfer Office (LTTO) client company, ReactWell, L.L.C., based out of New Orleans, announced it has secured a grant from the U.S. Department of Energy (DOE) for $1,500,000 along with its Tennessee partner, Oak Ridge National Laboratory. The purpose of the grant is to fund an integrated process for direct air capture of carbon dioxide (CO2) and water (H2O) and convert it, through a single-step process, into ethanol.

ReactWell is grateful to announce that it is the recipient of a grant from the Department of Energy for $1,500,000 with its partner, Oak Ridge National Laboratory. The purpose of the grant is to fund an integrated process for direct air capture of CO2 Carbon Miner™ and H2O and convert it, through a single-step process catalyzed by Carbon Nanospikes™, into an ethanol product called Voltanol®.

In 2018, Reactwell licensed a novel technology: a catalyst, using copper and Carbon Nanospikes™, that uses a single-step reaction to turn carbon dioxide and water into ethanol. Since then, Reactwell has focused on refining the process, and increasing efficiency, as a predicate to commercialization. The process has been led by Reactwell’s founder and chief technology officer, Brandon Iglesias, and its chief scientist, Yang Song. 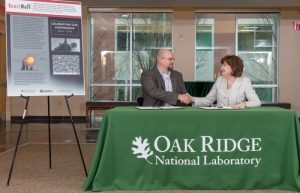 The grant’s purpose is to enable Reactwell and Oak Ridge National Laboratory to further refine the process, increasing the process’ total efficiency from air capture and conversion to final product, ethanol. Oak Ridge Laboratory is one of the numerous federal R&D labs run by the DOE across the U.S. Reactwell’s mission for 2020 is to begin deploying the carbon nanospike based Chem Chip® commercially, including uses for both individual consumers and commercial businesses. Individual uses include generating ethanol from components sourced in the air for hand sanitizer – imagine a sanitizing dispenser that captures carbon dioxide and water from the air and converts them to ethanol, so it literally never runs out, an Endless Sanitizer™.

Commercial uses include carbon capture and energy storage at significantly higher energy densities than battery grid-scale storage. The process can benefit any carbon-producing industry. The end result, ethanol, can be used as a fuel, energy storage or for sanitization purposes. Furthermore, utilities will find the ethanol can be used as, in effect, a grid-scale battery storage solution, enabling renewable resources like wind and solar to create ethanol when they have excess capacity, then combust the ethanol or route it through fuel cells for energy production when the grid capacity is lacking generation.

“We are thankful that the Department of Energy has recognized the potential for this technology,” said Reactwell’s founder and chief technology officer, Brandon Iglesias. “We look forward to continued commercialization work with Oak Ridge National Laboratory in Tennessee and at our location in Louisiana to further refine the catalyst and begin putting it into use to benefit Americans.”

Roy Keller, Director of Technology Transfer for LTTO explained the importance of maintaining a proactive working partnership for tech transfer with federal labs like Oak Ridge.  “We are constantly seeking ways to leverage our federal labs across the U.S. to form collaborative partnerships with Louisiana companies and with our state’s colleges and universities.”

For over a decade, Reactwell has received assistance from LTTO, including a recent Louisiana Phase 0 Program award $2,000 to support the company’s Small Business Innovation Research (SBIR) proposal to compete for funding from the National Science Foundation for research and development on innovative chemical technologies.  The LTTO is designated by the state of Louisiana (Governor’s Office) as the official state entity responsible for providing support, training, and other assistance for the SBIR-STTR Program in Louisiana.

ReactWell is a tenant and client of the New Orleans BioInnovation Center (NOBIC) – a nonprofit business incubator focused on advancing life science entrepreneurship and technology commercialization in Louisiana and long-time resource partner to LTTO for support to the SBIR-STTR program in the state. In 2011 Reactwell moved into NOBIC and won a Tulane University Business Plan competition.

“We could not have the success achieved to-date in driving the state towards a culture of innovation without stakeholders like NOBIC,” observed Vic Johnson, a senior staff member at LTTO and manager of LTTO offices at the NASA Stennis Space Center in Mississippi. Iglesias further noted that“The ability for ReactWell to scale and commercialize this technology here in Louisiana has been greatly influenced by the presence and support of the BioInnovation Center”.

The organization also completed the National Science Foundation’s I-Corps Program at LSU which offers a 6-week training program providing critical market/commercialization evaluations on innovative technologies and a customer discovery grant in the amount of $3,000.

Obatala Sciences, Receives Investment from Healthcare Innovation Fund II This update is based on an article by Anthony Mcauley, published yesterday on nola.com:  Obatala Sciences, a NOBIC client company that…