PRESS RELEASE: AxoSim Announces the Award of Over $870K in Federal Grants

AxoSim is excited to announce the award of two federal grants from the Department of Defense Congressionally Directed Medical Research Program (CDMRP) and the National Institutes of Health (NIH) totaling over $870,000. The CDMRP grant involves utilizing the company’s NerveSim™ platform to establish a clinically-relevant model of amyotrophic lateral sclerosis (ALS), specifically mimicking the human pathology of ALS. The NIH Small Business Innovation Research (SBIR) grant will utilize the company’s existing BrainSim™ platform to expand into multiple species, allowing the company to now compare chemical and drug effects across human and rodent species.

Using the existing NerveSim™ platform, the ALS NerveSim™ model will mimic the pathology of human motor nerves of patients suffering from ALS. ALS is a notoriously difficult condition to treat and more than 50 clinical trials have yielded only two therapies for the treatment of ALS, though neither is disease-modifying. With no translatable preclinical models available to drug developers, this project aims to fulfill a significant unmet need for a clinically-relevant model of ALS. The project employs patient-derived induced pluripotent stem cells (iPSCs) with a SOD1 genetic mutation, the most common gene associated with the familial form of the disease.

AxoSim’s BrainSim™ platform will be further refined to mimic the developing rodent brain and will be used for screening of potentially neurotoxic compounds. Using 3D image analysis and genetic assays, this model can also quantify the individual cell types in the spheroids, such as neurons, astrocytes, and oligodendrocytes. By evaluating myelin levels, BrainSim™ can be used for screening compounds that impact myelination. Electron microscopy (EM) can analyze cellular features and microelectrode arrays (MEA) can test the electrical activity of neurons. 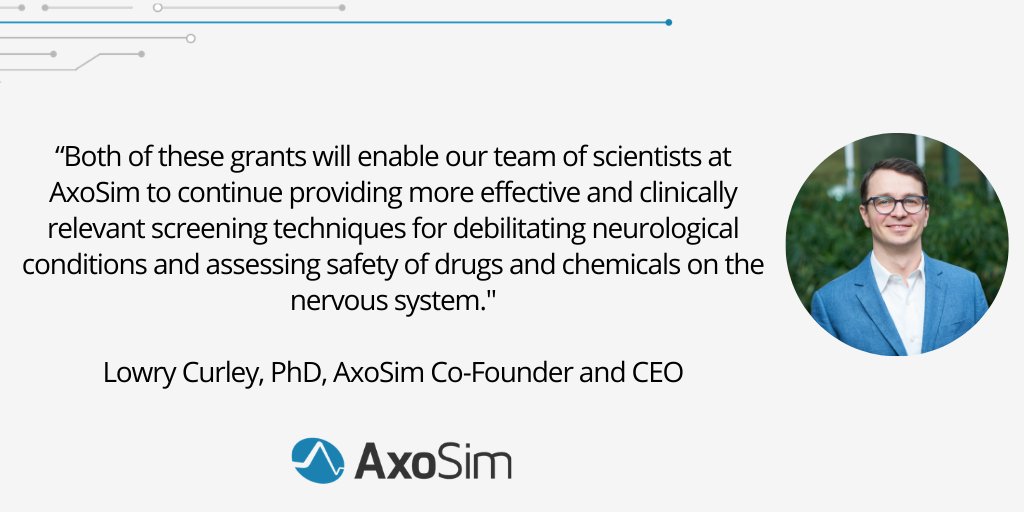 Support from federal grants including the NIH has been crucial to the development of the NerveSim™ and BrainSim™ platforms. Past grants awarded by the NIH include Phase 1 and 2 Small Business Technology Transfer (STTR) Grants from the National Center for Advancing Translation Sciences, an SBIR Phase 1 Grant from the National Institute of Environmental Health Sciences, and multiple NIH grants while still in their academic laboratories at Tulane University and Johns Hopkins University prior to AxoSim’s licensing of the technologies. 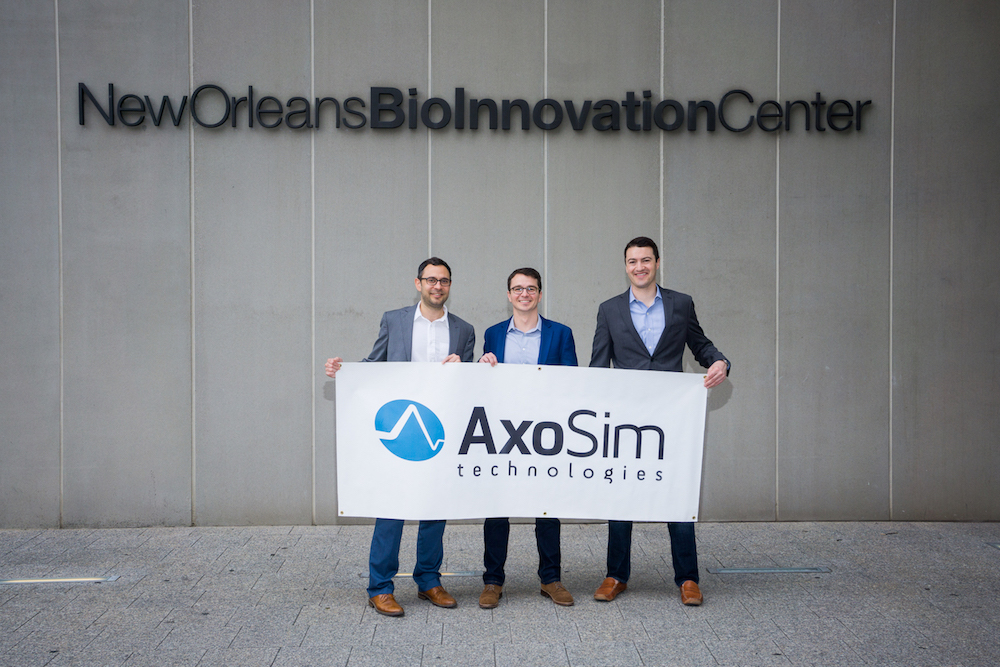